An MTT assay is used to measure the metabolic activity of cells. It is used as an indicator that tells about the viability of cells, their proliferation, and cytotoxicity. It is a colorimetric assay that depends on the transformation of a tetrazolium salt to formazan crystals formed due to active cells.

The cells which are viable contain NAD enzymes that transform the MTT into formazan. Then, these insoluble crystals are dissolved using a soluble liquid and the resulting solution is then weighted by measuring the level of absorbance using a spectrophotometer. You can buy a MTT assay kit at https://www.bosterbio.com/mtt-cell-proliferation-and-cytotoxicity-assay-kit-ar1156-boster.html. 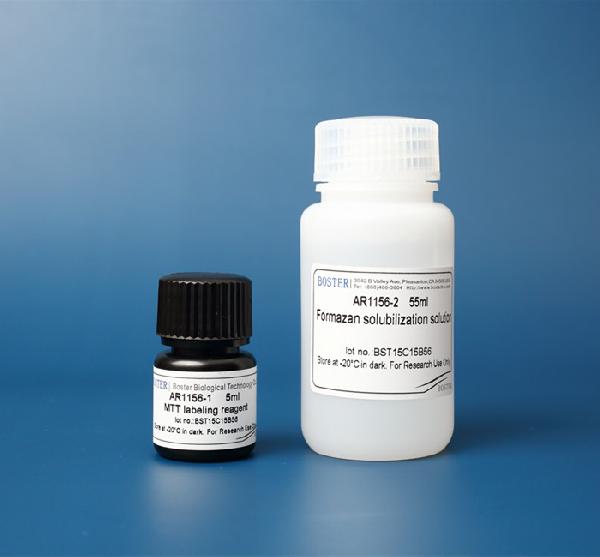 The more the solution is darker, the greater is the amount of viable and metabolically active cells. The Cell Proliferation Kit is an assay kit that contains easy-to-use reagents and does not require any additional reagents. It is a measuring assay kit that allows rapid testing of a large number of samples.

The Cell Proliferation Kit or MTT assay kit can be used to do count the number of cell growth and viability of the cells present in the given sample. It can also be used to measure cell proliferation against growth factors, cytokines, and nutrients.

It can also be used to measure cytotoxicity in the given sample. The basic application of the MTT assay kit is to check whether the cells are active or not. So, with the MTT assay kit, you can measure the number of active cells.